Here is a message from a community Learn More “It was always clear to me that serving the needs of frail, older persons was more than a job. It was a vocation that was God’s choice for my life"

The Stephen Proctor Endowment Fund for Resident Quality of Life is a restricted endowment of Presbyterian Senior Living named to honor Stephen Proctor. All gifts will be entirely directed to the endowment which will provide resources that help to support programs to improve the quality of life for residents of PSL Affordable Housing and small stand-alone Personal Care Communities. This fund was established to recognize his contributions over his tenure and no part of any gift to the fund is for his personal benefit. Resident programs or equipment to support Health, Socialization, Spirituality or Intellectual Development are examples of the use of this fund.

Stephen Proctor, Chief Executive Officer and President of Presbyterian Senior Living (PSL), has been serving the organization since 1971 and as CEO since 1995.  He began his 47-year career in aging services in 1971 as a charge nurse at the Schock Home in Mt. Joy, a program of PSL. In 1979, he advanced to the corporate offices as the organization’s chief operating officer. In 1995, he was appointed PSL’s third Chief Executive Officer.  “It is clear that everyday Steve embodies Presbyterian Senior Living’s values and he is motivated by fulfilling our mission to create compassionate, vibrant and supportive communities,” said James Bernardo, Executive Vice President of PSL.

Steve Proctor’s accomplishments are many and have touched many lives. He was named the LeadingAge Award of Honor recipient in 2017.  The Award of Honor is presented to an individual who has provided nationally significant, transformative leadership in aging services. Steve was named a visionary leader and builder who has made exceptional contributions to the field and raised the capacity of other individuals and organizations to advance the common good. He has been active in aging services organizations, church and philanthropic volunteerism, community and international boards, and in missionary work for the last several decades. Whether leading an organization of 3,000 or serving as president of a nonprofit board of directors, he brings a wealth of talent and innovation to every endeavor. The Endowment Fund for Resident Quality of Life will help ensure programs to continue for the future.

By partnering with us, you will honor the legacy of Stephen Proctor and help provide resources and programs to improve the quality of life for residents of PSL’s Affordable Housing and small stand-alone Personal Care Communities. What is an endowment fund?

An endowment fund is a permanent, self-sustaining source of funding. Endowment assets are invested. Each year, a portion of the value of the fund is paid out to support the fund’s purpose, and any earnings in excess of this distribution are used to build the fund’s market value. In this way, an endowment fund can grow and provide support for its designated purpose in perpetuity. When you establish an endowment fund, you create a permanent legacy of support for Presbyterian Senior Living.

How will the fund be managed?

The fund will be managed by the PHI Investment Management Services board along with all restricted funds of PSL.

How will fund disbursements be handled?

The Resource Development Committee of the PSL Board of Trustees will approve all distributions. 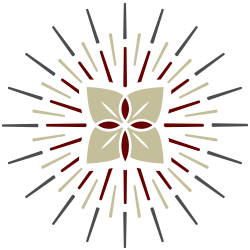 Guided by the life and teachings of Jesus, the mission of Presbyterian Senior Living is to provide compassionate, vibrant and supportive communities and services to promote wholeness  of body, mind and spirit.

Presbyterian Senior Living is a tax exempt organization by IRS regulations. Pennsylvania law requires us to inform you that a copy of the official registration and financial information may be obtained from the Pennsylvania Department of State by calling toll free within Pennsylvania, 1-800-732-0999. Registration does not imply endorsement. A copy of the financial statement of Glen Meadows is available by calling 1-800-382-1385. Documents and information submitted under the Maryland Solicitations Act are also available, State House, Annapolis, MD 21401, 410-974-5534. You may opt out of future solicitations for fundraising by emailing ResourceDevelopment@psl.org or calling (888) 530-6329.