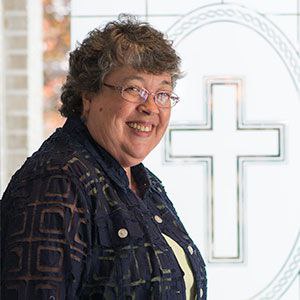 A Daughter's Perspective: When Your Best is Not Enough

My mother first showed the signs of mild cognitive loss around 2008. She had retired to Mechanicsburg, PA from Westchester County, NY in 1995 and lived in a senior apartment complex.

That was an ideal solution for at least 15 years because she was not isolated, could still have and drive her car and the apartment complex offered transportation to food, shopping and church services.

In 2008, I was driving with my Aunt Mary to visit my mother when we got a phone call alerting us that my mother had a stroke and was in a local hospital.

Interestingly enough, the stroke changed my mother's personality. She became less of a perfectionist, her OCD calmed down and she became a little more approachable.

In the summer of 2012, she had hip replacement surgery. During the operation, they broke her femur, and she was in incredible pain. Even when she went to a local rehab facility her pain was so out of control that she could not participate in physical therapy. 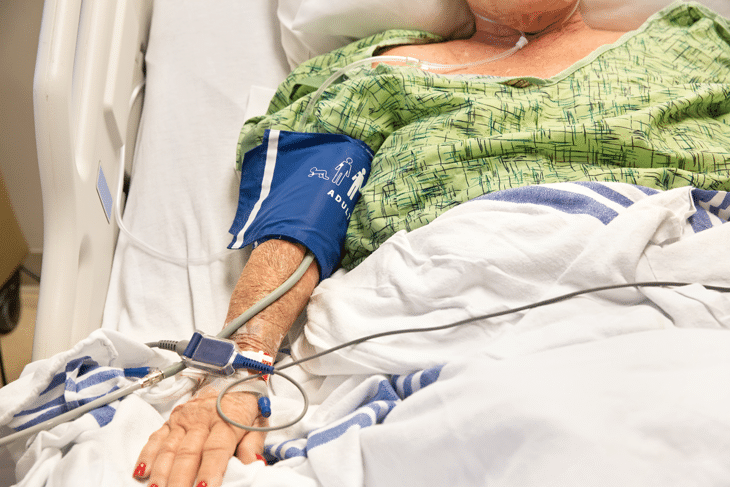 Narcotic painkillers turned her into someone you'd never recognize. She would ask if she was going crazy. The doctor determined that she could no longer live by herself.

At the time, I was preparing to move to California while also trying to find a place where my mother would be safe and looked after while still having a measure of independence. After her hip replacement, she resided at two different assisted living communities in Pennsylvania.

Fast forward to 2014: I am unemployed in California, and my husband decided to take early retirement. My mom's sister Shirley was feeling the burden of my mother's growing cognitive loss and confusion. There were frequent, confused phone calls, lots of tears, and misunderstandings from Mom.

So when I was offered a position as chaplain at Green Ridge Village back in Pennsylvania, I jumped at the opportunity. I started working at Green Ridge in August of 2014.

In October of 2014, my mom moved into my home. My husband was still in California trying to get our things in order and help his 93 year old mother move out of her house and in with his brother.

How do you cope with your mother when her cognitive loss results in illogical and possibly dangerous behavior? She couldn't stay alone, and I needed to work, so she attended a local adult day center.

I began to wonder if my best efforts were really in my mom's best interest. She was wandering more and sleeping less. Getting her to eat was becoming an immense challenge.

The rims of my coffee mugs were, according to her, too thick for her to drink her tea. Always the problem solver, I bought teacups and saucers and resorted to using those plastic pieces that they use to keep children from opening doors.

I resorted to vanilla ice cream with peanut butter protein to try to help her get proper nutrition. She never drank more than an ounce or two at a time, and I wondered if dehydration was in her future. Nothing I tried encouraged her to drink more. 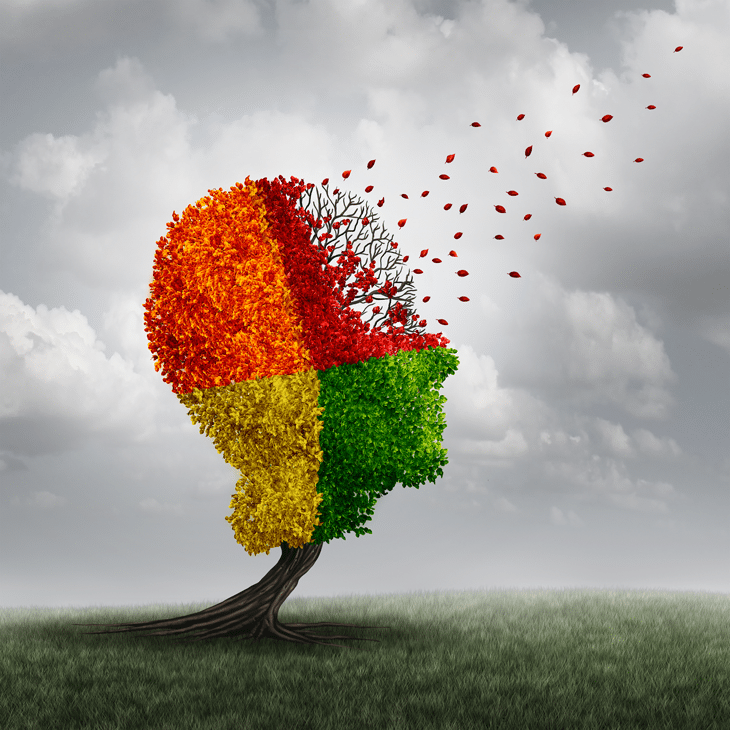 I discovered how easily misdirection and half-truths became my "go to response." Was it lying if I'm only trying to protect her from herself? I heard this referred to as "fiblets" and therapeutic lying; It does make a certain kind of sense.

When we drove to the day center, she was full of questions: Had she been here before? Were they expecting her? How long did she need to stay? And my favorite: Why wasn't she getting paid?

She thought she was a volunteer, rather than a participant. I could persuade her to stay when I pointed out the familiar people with which she'd made friends. Staff members distracted her so I could leave.

One day when my temper flared, I was unusually short with my mother. I realized that I had fallen into a trap which I often urge other caregivers to avoid. I was not doing a very good job of taking care of myself.

I was moving from caregiver in the morning, to my work as a chaplain, to caregiver in the evening and overnight. On the weekends we were together 24/7. What could I do? My prayer became, "God show me the way."

Every Saturday night I promised myself we'd get to church the next morning, but on the majority of Sundays, we do not. Not only was she missing church, I felt as if I was not getting spiritually fed.

So, with great reluctance, I contracted with a home care service for 4 hours on Sunday mornings. What a godsend that was! The aide did one of her two weekly showers, and I could relax and recharge in church! With the time after church, I wandered through retail stores or just relaxed and enjoyed.

These plans and adjustments worked for a while, but by the summer of 2015, I realized that my plans to keep Mom with me were not working well. She was wandering more at night and was falling. I was exhausted. Even my best was not good enough.

After she'd been living with me for eight months, I made arrangements for her move to personal care at Green Ridge Village.

Mom moved into Guililand Manor on the campus of Green Ridge Village and seemed to enjoy the social aspect of living in a community. On some level, maybe she realized that this was a good move for both of us.

Occasionally she asked if she could live with me, but I would just shrug and say that we tried that and it didn't work! Sometimes I'd throw my husband under the bus and say he was moving here from California and I wasn't sure the three of us would do well together.

But deep down inside, I was relieved that I could be her daughter again and not her caregiver.

She did well in personal care for about seven months, but then she started forgetting where her room was and wandering into other peoples' rooms to "borrow" their sweaters and other items. One morning she had breakfast three times because she forgot that she had already eaten. Was it the time to move her again? 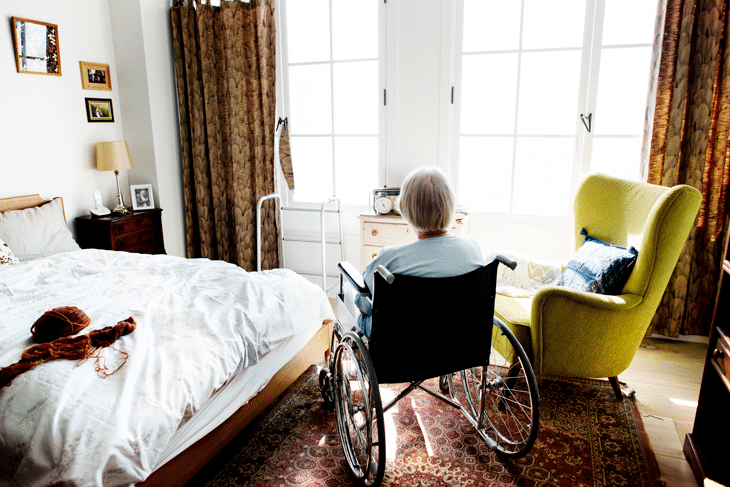 In February of 2016 when a spot opened, she moved to the memory support community at Green Ridge Village called Chapelwood. It is a locked unit with staff trained specially to work with dementia residents and only has about twenty residents at a time.

Mom seemed to have settled into the routine at Chapelwood, even as her world had gotten smaller and smaller. She seemed content, but our interactions sometimes felt like they were taken from a comedy skit.

One of my favorites was when she thought I was her sister Mary. She "dissed" me and talked about how I never came to see her. I've learned not to try and dissuade her when, in her reality, she thinks I'm her sister. It's amazing what you learn when you just listen in those circumstances.

Now that I was no longer doing the day to day caregiving, I had more time and energy to advocate for my mother.

When my mom first moved to Green Ridge Village, we tried to include her in family dinners and dining out in the area. We eventually stopped doing that because of the anxiety she would have upon her return.

She would go into a questioning frenzy of: Are they expecting me? Where will I sleep? What about clothes?"

My husband, my brother and I began to join holiday dinners on campus. At this year's Christmas Luncheon, we encountered a roadblock that convinced me she would be more content if I didn't bring her out of Chapelwood at all.

It was bitter cold on Christmas day, and she refused to wear her coat. We draped it over her and the wheelchair and brought her across the street to the bistro.

She complained about the cold, slept through dinner, and only ate half of a piece of cheesecake. When she realized she would need to go back out in the cold, she turned to me, looked me right in the eye and said, "I don't like you, I don't want you near me, Go away!"

Talk about a collision of head and heart! Ouch! Of course, I knew it was the cognitive loss that was talking, but my heart was broken. I quickly left her sight and let my husband and brother handle it.

Our caregiving adventure ended on August 1, 2018, when my mother transitioned to the next life. I miss the mother that raised me and insisted that I make the most of my gifts and talents. But, I am thankful that I realized before either of us suffered any lasting consequences that my best was not always enough for my mother’s care.

After all, I am only one person and my gifts, talents, and temperament don’t lend themselves to hands-on caregiving.

Caring for a loved one at home is a great opportunity to show your love and it is most definitely a learning experience.

I hope that each of you is able to discern when your best is not enough and reach out to other people and agencies to support you in your efforts. After all, we are walking together on this journey!

Rev. Barbara Dickens Albert is chaplain at Green Ridge Village, a Presbyterian Senior Living Community, in Newville, PA. After graduating from Mercy College in Dobbs Ferry, NY with a B.B.A., she received her M. Div. from New Brunswick Theological Seminary (NJ) and is ordained by the Reformed Church in America. She lives in Carlisle, PA with her husband Eugene Albert and dogs Billy and Goat.