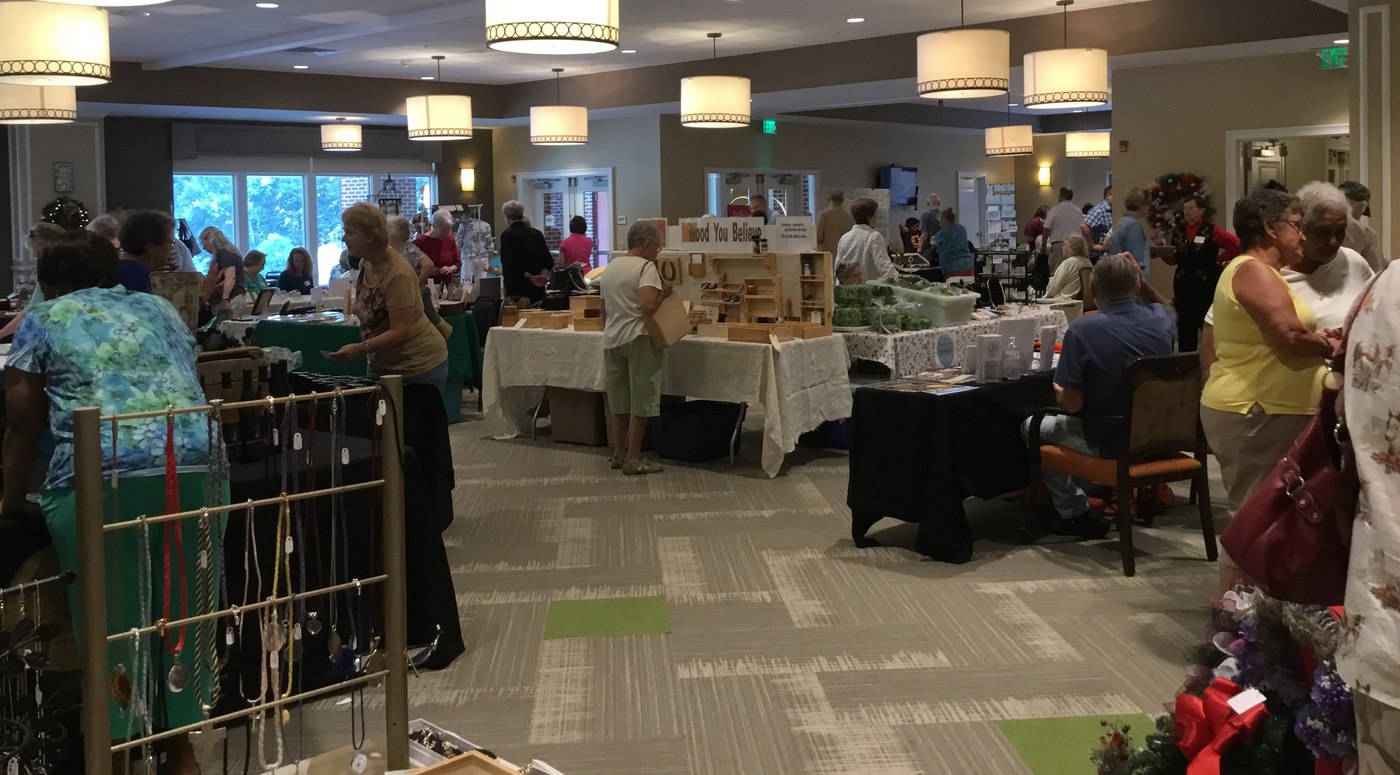 This article from the Oxfordian is republished with permission from The Chester County Press. To learn more about Ware Presbyterian Village, click here.

The members of the Ware Presbyterian Village Auxiliary surprised themselves last year with the success of their first "Christmas in July" craft show, so they are looking forward to another big day on July 21. 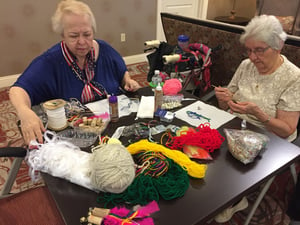 The show netted more than $1,500 through the sale of booth spaces to area artisans, as well as the proceeds from sales of refreshments and bouquets of flowers. That money went to support the group, which purchases supplies and amenities for residents of the senior housing community.

About 450 people attended last year's event, which was held in the air-conditioned comfort of the Vista Ridge auditorium in Oxford. The comfort of vendors and shoppers was a big draw. Publicity chair Ginny Huestis got the word out early last year to area publications and churches, and the show turned into a midsummer smash.

This year's fair will have woodworkers, potters, painted porcelain art by a 92-year-old Ware resident, handmade jewelry, doll clothes, quilts and hair accessories with more artisans signing up all the time. 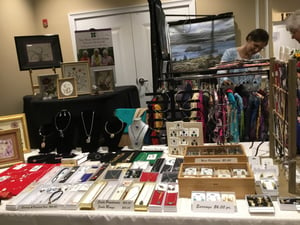 As early as February, there were nearly 30 artisans signed up for this year's show. Last year's event had 30 vendors total, so the organizers are seriously considering expanding the show to an upstairs space as well. A group of residents, the Ware Village Crafters, will also be selling items they have made.

When we planned it last year, we wanted to involve this whole community - Ware Presbyterian Village and the Oxford community," said co-chair Alyce Templeton. "It's amazing the number of people who live here and know nothing about what's going on in Oxford. And the people in Oxford who just say, 'Oh, that's where the old folks live' and they never come here. I worked with Mary Jo Bailey at OMI, and I worked with Judy Petersen of the Arts Alliance. Judy was just absolutely amazed and asked that they be able to come back this year. "We’re part of Oxford," Templeton continued. "We need to be able to interact."

In addition to the crafters, there will be model trains running at the Ware Mansion on July 21. The woodworking shop will also be open for demonstrations. The New to You Shop will be open, too. A shuttle bus will run between the sites. The Ware staff will be on hand with an information table, and will give tours of the sample apartment to interested visitors. 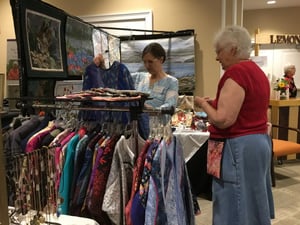 The number of volunteers from Ware who helped out - about 60 last year, with more expected this year – was humbling as well, said co-chair Dorothy Plummer. "It just blew me away how many people said, 'Yeah, we want to help!'"

The outreach to the community paid untold dividends for the Ware community, drawing in people from the community who might be considering the senior living community for themselves or for family members. And people went into Oxford as well.

"I was talking to Jen, who owns Pickled Pickles in Oxford,” Templeton said. "She said, 'July is a great month to have it. There's nothing else going on in July. People are looking for something to do.' After we had it, she said she had people coming into her store who had never been there before,” so "Christmas in July" is a win-win for residents and the surrounding community.

The event is one of the biggest fundraisers for the Auxiliary, which also raises money through the New To You thrift shop and The Gift Box, both of which are staffed by resident volunteers year-round. "I think that's a great thing for enriching the lives of our residents," Templeton said. 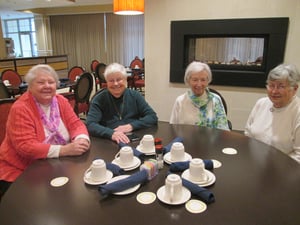 The box lunches sold at the event are prepared by the Ware staff. There's coffee and breakfast at 9 a.m. as the vendors get set up, as well as snacks and lunches as the day goes on. This year's roster of artisans is about half newcomers, since word quickly spread about the success of last year's show.

Money raised by the show and through other fundraisers has been used by the Auxiliary to buy a flag­pole for the Steward Place residences, buy TVs and Wii gaming systems for residents, to install raised garden beds and buy lawn furniture, as well as other items.

This year's "Christmas in July” show will be held July 21 from 9 a.m. to 3 p.m. in the Vista Ridge auditorium at the Pavilion at Vista Ridge (Kensington Lane, Oxford). To register as a vendor, email cijatware@zoominternet.net.