March 8 is designated as International Women's Day, which is a time to reflect on progress made, call for change, and celebrate acts of courage and determination by ordinary women who have played an extraordinary role in their countries' history.

People worldwide celebrate International Women's Day; countries will officially honor women's rights and achievements across the political, economic, social and cultural spheres. The day has been designated as an official United Nations observance since 1975, which was International Women's Year, and is a national holiday in many parts of the world.

The impetus for establishing an International Women's Day can be traced back to New York City in February 1908, when thousands of women who were garment workers went on strike and marched through the city to protest against their working conditions.

In honor of the anniversary of those strikes, which were ongoing for more than a year, National Women's Day was celebrated for the first time in the U.S. on February 28, 1909, spearheaded by the Socialist Party of America.

As we recognize women's achievements in history, we share just a few stories of female pioneers in their respective fields; who come from very diverse backgrounds. Their strength and determination made a tremendous impact on our country. 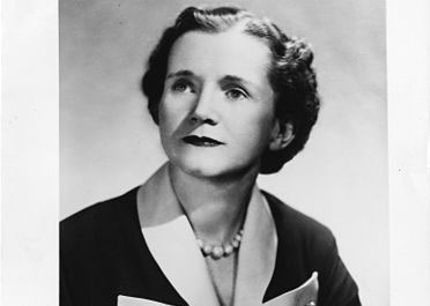 When marine biologist Rachel Carson published Silent Spring in 1962, she changed how we think about the environment. Throughout her life, Carson showed talent in both writing and the sciences; she was initially an English major at the Pennsylvania College for Women before switching to biology and continued contributing to the student newspaper throughout her undergraduate education. Carson earned a master's degree in zoology from Johns Hopkins University in 1932.

Silent Spring exposed environmental issues to the U.S. public for the first time. Carson documented the adverse effects of synthetic pesticides on humans and wildlife, revealed that the chemical industry was spreading lies and misinformation, and accused U.S. officials of negligence in accepting the use of pesticides without fully examining the harmful effects. Carson's book outraged the public and led to a nationwide ban on DDT, a cancer-causing insecticide. The Environmental Protection Agency also owes its existence to Carson's influence, as her book caused citizens and the government to be more environmentally conscious. Jimmy Carter posthumously awarded Carson the Presidential Medal of Freedom. Today, she is remembered for being one of the first people to alert others about the dangers of our environmental impact and inspiring the movement for sustainability.

A little-known fact is that the most influential person in the world of high fashion was once an Irish woman, and as editor-in-chief of Harper's Bazaar from the 1930s to the 1950s, Dubliner Carmel Snow was that person. Snow began her career as a fashion editor at Vogue and so impressed its owner, Condé Nast, that he personally nurtured her talents and refined her for greater things within his organization. Snow, however, had other ideas and jumped ship at the age of 39 to join a bitter rival, Hearst, as editor of its flagship Harper's Bazaar magazine.

In her new role, however, Snow had the freedom she craved to implement her ideas. These components transformed the magazine from an ailing wannabe into one of the most influential fashion publications of its era, catering not only to the well-dressed woman but also to the "well-dressed mind." Essential among Snow's many talents was her gift for spotting great writers, artists and photographers. Harper's owner William Randolph Hearst always viewed Snow as a loose cannon, once writing a famous memo: "Does anyone have any control over Mrs. Snow? I know I don't." 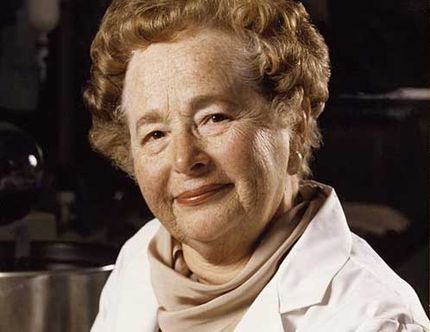 Gertrude Elion was a brilliant woman of Jewish descent who won the Nobel Prize in Physiology for Medicine alongside George H. Hitchings and Sir James Black. The prize was awarded to them for their use of rational drug design over trial-and-error methods.

Elion played a significant role in producing the drug azidothymidine (AZT), which was one of the first drugs used to treat HIV and AIDS. Other notable contributions she made were aiding in the creation of the leukemia treatment drug, Purinethol; the immunosuppressive agent used for organ transplants, Imuran; the malaria drug, Daraprim; and the viral herpes treatment, Zovirax. She was also a fundamental mind working on the cancer treatment Nelarabine until her death on February 21, 1999.

Overcoming the great gender biases of the time, Elion's work saved and enriched countless lives, and her passion for science encouraged many other women to follow in her footsteps. 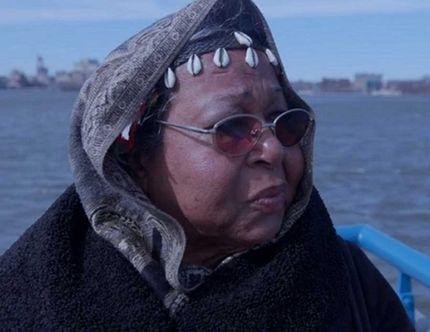 For those familiar with the Stonewall Riots, Marsha P. Johnson and Sylvia Rivera's names may ring a bell. Less known is their contemporary, Victoria Cruz. Born in Guánica, Puerto Rico, Cruz moved with her family to Brooklyn at a very young age. As a young adult, Cruz—who says she never hid any aspect of who she was—took control of her identity and obtained hormones and gender reassignment surgery.

Cruz is a trans woman of color, one of few who lived through the oppressive period of the Stonewall protests and survived to tell the tale. Cruz attributes her safety to her small stature—she was able to "pass" in a way many of her trans compatriots were not.

Cruz was present the night the police flooded the Stonewall Inn in a raid. That night was not the end of her troubles. After suffering abuse from police and coworkers at the nursing home where she worked, Cruz began employment at the Anti-Violence Project. In the two decades she worked there, Cruz became a senior counselor advocate and received the Justice Department's National Crime Victim Service Award from the Obama administration in 2012. 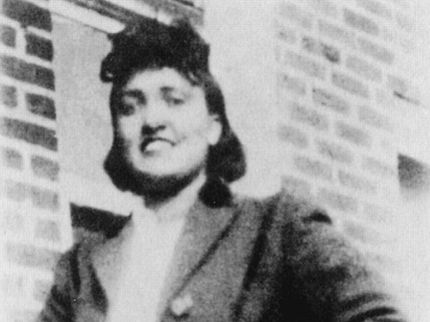 Lab-grown human cells are invaluable to medical researchers. They allow scientists to better understand complex cells and theorize about diseases. The first "immortal" cell of its kind was created in 1951 at Johns Hopkins Hospital, its donor remaining unknown for years. But we now know that those cells belonged to Henrietta Lacks.

From southern Virginia, Henrietta was a black tobacco farmer who was diagnosed with cervical cancer at 30. Without her knowing, her tumor was sampled and sent to scientists at Johns Hopkins. Much to the scientists' surprise, her cells never died. Henrietta's immortal cells were integral in developing the polio vaccine and were used for cloning, gene mapping, and in vitro fertilization.

For decades, the donor of these cells, which were code-named HeLa, remained anonymous. In the 1970s, Henrietta's name was revealed, and the origins of HeLa, a code for the first two letters in Henrietta and Lacks, became apparent. While Henrietta Lacks may no longer be with us, her contribution to science is long-lasting. 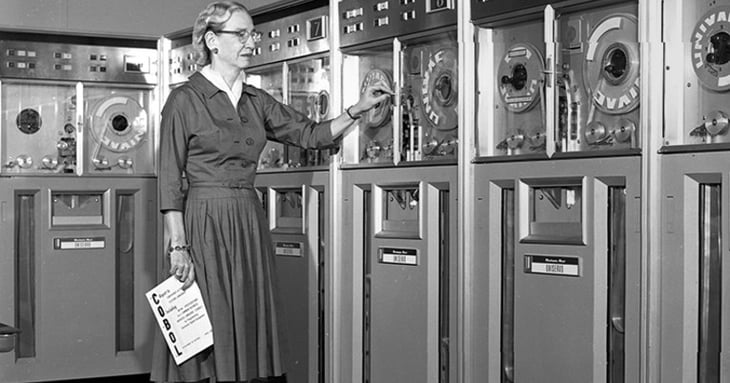 Grace Hopper was the first woman to earn a Ph.D. in mathematics from Yale University in 1934, but she accomplished much more. After receiving her master's degree, she taught as an associate professor at Vassar until she enlisted in the Navy during World War II.

An experienced mathematician, Hopper was assigned to the Bureau of Ordnance Computation and contracted to program a Mark I computer. As a Harvard researcher, she then worked on the Mark II and III computers, helping popularize the term "computer bug." After her tenure with the Navy, Hopper worked for the Eckert-Mauchly Computer Corporation and then as a programmer for Remington Rand. Hopper and her team are responsible for creating the first compiler for computer languages, a precursor for the Common Business Oriented Language (COBOL), which is now widely used.

Hopper changed the face of programming. Her legacy continues to inspire young people through efforts like the Grace Hopper Celebration of Women in Computing Conference, which encourages women to become programmers, and the Grace Murray Hopper Award through the Association for Computing Machinery.

Katherine Johnson — also known as Katherine Goble Johnson or Katherine G. Johnson—spent 33 years working at NASA, during which she not only paved the way for women of color working in STEM (Science, Tech, Engineering, and Math) but also blazed humanity a trail to the stars. She shaped the future of humanity, both on Earth and in space.

It seemed as though the world barely remembered Johnson's accomplishments as one of the Black women who worked as a 'human computer' at NASA beginning in the 1950s. However, in recent years, Johnson's role in history has been documented in books and on the big screen (Hidden Figures, 2016) and recognized through presidential accolades.

In the '40s, '50s, and '60s, NASA hired women to do the complex mathematical work that computers do today. Women were thought to be detail-oriented and accurate, thus well-suited to the job. In fact, in contrast to today's male-dominated tech world, math and computing were seen at the time as women's work.

In Johnson's role at NASA, people trusted her with their lives—John Glenn, the first American to orbit the Earth, said of Johnson: "Call her, and if she says the computer's right, I'll take it." He wanted her to double-check the computer's calculations on the reentry of his spacecraft Friendship 7 because he preferred to rely on her instead of a machine.

In 2015, President Barack Obama awarded her the Presidential Medal of Freedom, proclaiming, "Katherine G. Johnson refused to be limited by society's expectations of her gender and race while expanding the boundaries of humanity's reach."

In 2017, NASA dedicated a building in her honor, the Katherine G. Johnson Computational Research Facility, at its Langley Research Center in Hampton, Va.

Learn more about the origins of International Women's Day from Time and more read about some additional noteworthy women from The Archive.