Diversity, Equity, Inclusion and the Importance of Belonging: Acknowledging International Day of the World’s Indigenous Peoples and National Civility Day

International Day of the World's Indigenous Peoples is celebrated annually on August 9. As we recognize this date, we are sharing the foundation for this recognition and highlighting the contributions of Indigenous Peoples to the world. Our goal in each of our blogs is to expand knowledge and celebrate the diversity that has made us who we are as a nation.  Indigenous Peoples' Day is a holiday that celebrates and honors Native American peoples and commemorates their histories and cultures. We honor and respect the heritage and the many cultural and economic contributions of our American Indian tribes and people.

A few questions that are typically asked about this day:

What does it mean to be an Indigenous person?

Indigenous peoples are inheritors and practitioners of unique cultures and ways of relating to people and the environment. They have retained social, cultural, economic and political characteristics that are distinct from those of the dominant societies in which they live.

Indigenous itself means the original inhabitants of a given land or region. Indigenous peoples of America have the same general meaning as Native Americans, but many prefer this term's inclusivity. The term Indigenous clarifies that they occupied the land first, without assigning the American nationality.

We would like to share a few of the contributions made by Indigenous peoples to today's society as we know it:

ECOLOGY: People of today have just begun to think about this. Indigenous peoples have always had a deep respect for the land. There was a love of every form of life. Indigenous peoples did not kill anything they could not use. They never killed an animal or a fish for the sport of it. Fishing and hunting were a way to survive. Indigenous peoples lived in harmony with nature and did not abuse the natural world, and were ecologists long before this term was ever used.

FOODS: Indigenous peoples learned how to successfully grow food across our Nation's landscape, carving the pathway to modern-day farming. Many Americans today may not have considered that a wide variety of the foods they eat every day first came from Indigenous peoples: potatoes, beans, corn, peanuts, pumpkins, tomatoes, squash, peppers, nuts, melons, and sunflower seeds. They also helped the European settlers survive in the New World by sharing their farming methods with them.

GOVERNMENT: The idea for the U.S. government was modeled by Indigenous peoples. Benjamin Franklin said that the concept of the federal government, in which certain powers are given to a central government and all other powers are reserved for the states, was borrowed from the system of government used by the Iroquoian League of Nations.

Based on the values of the Indigenous peoples, it seems fitting that August is also National Civility Month. 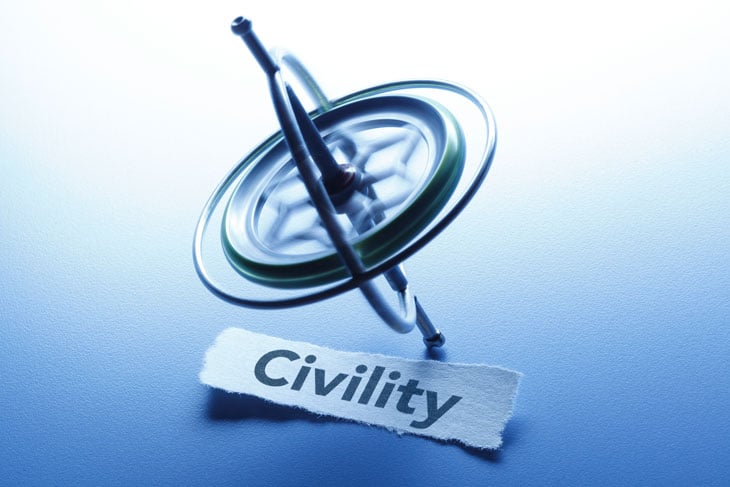 It seems too many of us often display a lack of cooperation or even simple common courtesy. During August's "National Win With Civility Month," we are reminded to treat customers, coworkers, family, neighbors and others with courtesy and respect.

What does it mean to treat each other with civility?

In choosing civility, you also recognize when you have caused offense or hurt someone through your words. It does not matter if you "intended" to offend or hurt; it is the impact - the effects of your words that should be addressed.

As we all grow in understanding each other and engage in genuine and honest conversations, there may be times when we all unintentionally say something that offends. When this occurs, and you are truly remorseful about something you've said, acknowledge the effects of your words and apologize.

Here are some examples of how to apologize in a way that helps the person receiving your message feel heard:

The first two examples may come off as dismissive, while the third example conveys that you are not only apologetic but that you also take responsibility for your words or actions that offended or caused hurt.

Let's all try to choose civility!