Diversity, Equity, Inclusion and the Importance of Belonging: Unity in Diversity

Celebrating what makes us all different and unique and the importance of recognizing the positive impact that diversity has within our families, our communities and our workplaces are the foundation of diversity, equity and inclusion.  If we recognize diversity in all aspects, how does this recognition also celebrate the unity we strive for in this space? We hope that this blog will allow everyone to see that unity and diversity are intertwined and makes us richer as we experience both.

What is Unity in Diversity?

Unity in diversity is a phrase that signifies the unity among people with diverse cultural, religious beliefs, social statuses and other demographic differences. This phrase originated in ancient times and is used by various political and social groups to demonstrate unity among individuals or communities. 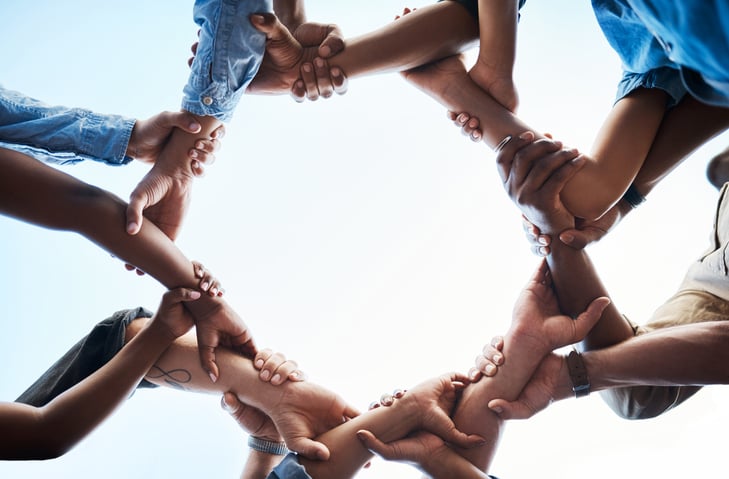 Importance of Unity in Diversity

Unity in diversity is essential for any country in the following ways:

For National Integration:
Unity in diversity is very important for a country because it is easy to disintegrate people with different views and ideologies. If there is unity among the people despite their differences, it will always be impossible for a force to disintegrate the nation. The unity of citizens plays a significant role in maintaining peace and prosperity in a country.

For Peaceful Co-Existence:
Diversity can also cause internal conflicts, but unity in diversity plays a significant role in maintaining peaceful co-existence with people with diverse cultures and backgrounds. It helps them stay united despite their disagreements.

The Difference Between Unity and Diversity

A family may have people with different views, interests, or preferences who show their diversity in many aspects, but they demonstrate a sense of unity among them as a family.

Factors That Lead to Unity in Diversity

Geographical Unity:
This means unity around the geographical boundaries of the country.

Religious Unity:
Means unity among various religious groups, such as Hindu, Muslim, Christian, etc. All these religions have the same principles like kindness, honesty, the value of life, belief in an invisible power, etc.

Language Integration:
If there are many languages across the country, having a link language solves the plurality of languages.

Cultural Unity:
Means unity among various castes, sub-castes and communities. Despite the vastness, most ancient cultures have unity.

Political Unity:
A democratic system of politics that calls for political alliances at all levels.

Emotional Unity:
This means that there should be an emotional bond, and they should be close to each other.

Unity in Diversity in the Indian Society

India has been the best example to prove this concept for many years. More than 1,000,650 languages and tongues are spoken in India. People from different religious cultures and traditions live here. They follow different religions of their choice because India is a secular country. Being related to different cultures, languages and religions, people here respect each other and live with a feeling of love and brotherhood. There are about 29 states, and each state has its own culture, tradition and language.

Despite such a difference, the people of India demonstrate a genuine sense of unity among themselves, which reflects the concept of unity in diversity.

In understanding the concept of Unity in Diversity, we realize that we are all from different cultures, races, religions, genders, social-economic statuses, etc. Unity in diversity teaches us that these differences cannot keep us apart, and we are always better when we are united.

As we enter into Spring, enjoying the beautiful change in weather, where everything begins to come alive and bloom, you are encouraged to enjoy different festivals, museums, music, food, dance- all of the vibrancies that show our diversity while embracing the unity in enjoying these activities together.

Let's embrace the co-existence of love, peace, honor and respect for everyone.