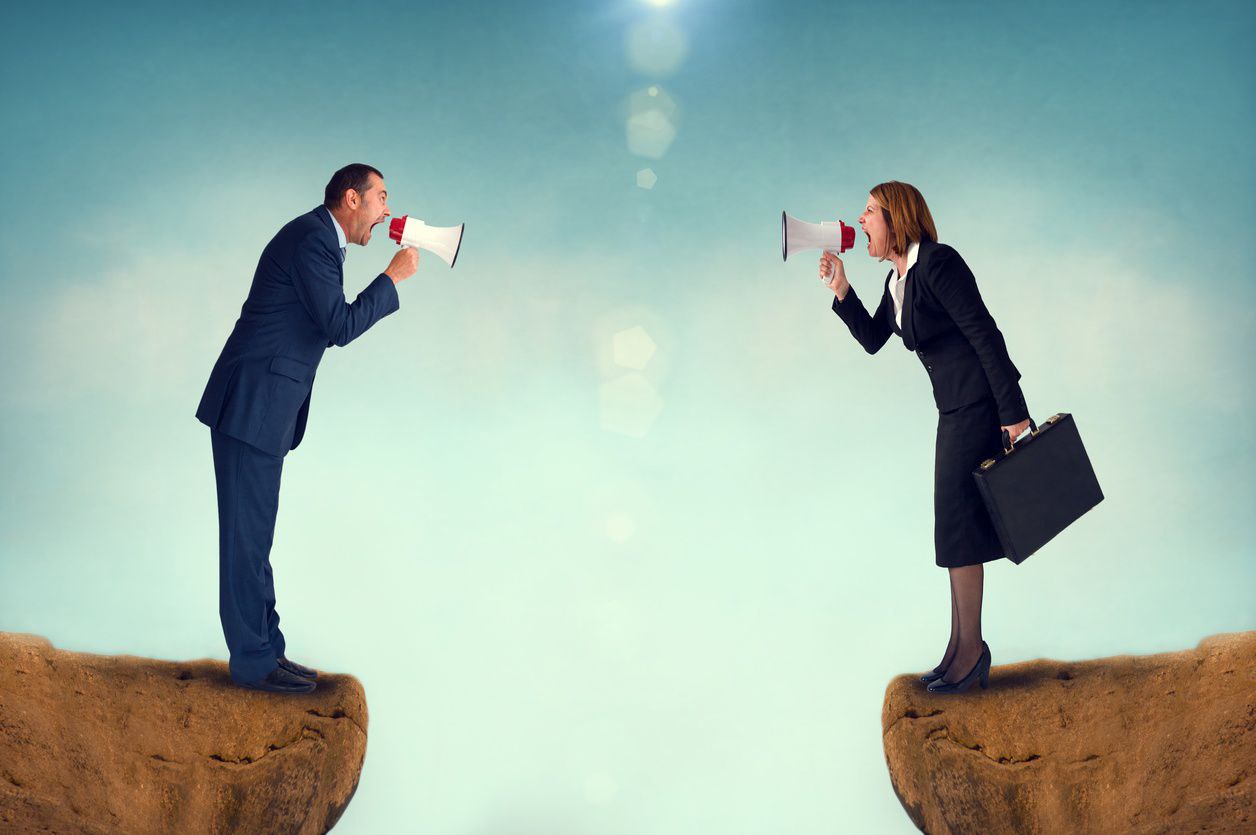 There are many ways that leaders inspire those around them  to superior performance. Providing words of encouragement, modeling the behavior that is expected from others, focusing on common goals and objectives, putting the needs of others above self-interest,  actively listening, treating others with kindness and compassion, teaching and mentoring co-workers, showing appreciation to team members, setting high standards for themselves and others, and laying the groundwork for change are among the array of tools in the leaders toolbox.But there are occasions when the more nurturing approaches to leadership are not 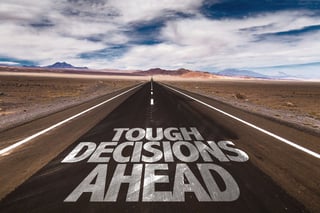 successful in solving a problem, and more direct action is needed. While there are
all kinds of books on “feel good” leadership topics, less is written about what to do in tough situations that are likely to make people feel uncomfortable. I believe that there are a number of reasons why the subject of confronting problem situations is avoided in leadership literature.

First of all, nearly every human being (including those in leadership positions) has a need  to have other people think well of them. This tendency is not a terrible human shortcoming. The small number of people who truly do not care what people think of them struggle with other relationship issues that are likely to make them ineffective leaders. Most of us can recall how it felt to be on the other end of a conversation that created discomfort, and we may have even resented the person who was insistent  that the problem be addressed. The difficulty with being a leader is that the desire to be liked cannot come at the expense of avoiding the hard decisions that are needed to achieve the organization’s mission. The first rule of leadership is that the mission is paramount.

Secondly, most leaders (me included) favor a slower, persuasive, and less direct  approach
whenever possible. This is a desirable tendency, and works well when the pressure of time is not a critical factor and the consequences of failure do not threaten the organization. However, when problems reach a certain level and the pressure of time and the consequence of inaction are acute, softer leadership techniques are less effective.
One key is to understand that the individuals involved in dealing with a problem may have
different perceptions of the risk to the organization. When one party perceives the situation to be urgent and the consequence of failure to be serious and this opinion is not shared by others on the team, tensions are likely to increase. It is up to the leader to ensure that the gravity of the situation and the risks posed by a poor outcome is clearly understood.

Thirdly, we have all experienced occasions when things have just gotten better with the passage of time. This is the best rationale for a patient approach to problem solving. It is also the cause of the greatest source of regret when things do not get better, and more  drastic steps need to be taken at a later time. There is an old saying that goes something like this:

“Whatever you are trying to avoid will not go away until you confront it”.

Avoidance almost always makes a situation worse, and the likelihood is that the problem will grow and become increasingly unmanageable.

Finally, it is possible for a leader to assume that a more confrontational approach may be
inherently disrespectful, especially if dealing with a problem forcefully has a high probability of eliciting an emotional response from a co-worker. While kindness and respect are virtues, they can also become faults if they distort or understate a message that must be heard. One could argue that it is more compassionate to hurt someone’s feelings and warn them of impending danger than to remain silent and witness an avoidable tragedy.

Over the years I have discovered that it is possible to learn the most valuable lessons from those who make us unhappy at the moment. My least favorite teacher in my entire formal learning experience was my 10th grade English teacher, Mr. Hayward. Before taking his class, I was accustomed to getting good grades with a minimal  amount of effort. The most charitable way to describe Mr. Hayward is that he was a blunt and merciless critic. Papers
that I thought were pretty well constructed came back to me in pieces, covered with so much red ink that I could hardly make out what I had originally written. I struggled to get B’s and C’s in his class, as did many of my classmates. It was a relief to finish the year and move on. At the time I believed that he was just a difficult human being who enjoyed  making me miserable.

Several years later, when taking a writing class in college, I developed a new appreciation of what he had done for me. I quickly discovered that the lessons learned in his class made me a better writer than  90% of my fellow students. Much of my ability to use the written word today can be traced back to his teaching. I now believe that because he cared about  his students and their  future, he was willing to be less popular than other teachers. While
I cannot name many of my old high school teachers, Mr. Hayward is an exception. Forty years later I still appreciate his work. 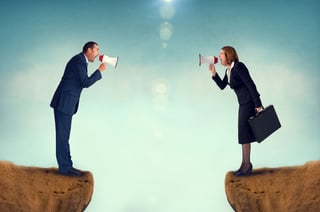 In spite of this experience, I remain wary of those leaders who continually use a type of
disrespectful or biting “honesty” that causes pain in their relationships in the workplace.
Over the years I have developed a few questions that I believe help to promote a sense of balance when a more confrontational approach to problem solving is required. If you are the leader who feels that the situation calls for a change in tactics, ask yourself the
following questions before taking a confrontational approach:

If you find yourself on the receiving end of what you believe is a confrontational approach to solving a problem, ask yourself the following questions:

The need to confront problems directly while maintaining a sense of unity was addressed by the Apostle Paul in the book of Ephesians. He encourages those in the church to “speak the truth in love” and points to this approach as evidence of maturity and growth in an effort to follow the example of Jesus. If this advice is taken to heart, it is possible to positively resolve the most difficult and sensitive matters, even if the initial conversation causes temporary discomfort.