In addition to an increase in size there is a much wider range of services, a more complex regulatory environment, changes in technology, and greater expectations of the people we are called to serve. Looking back, change has been an ever present companion for the past 47 years. 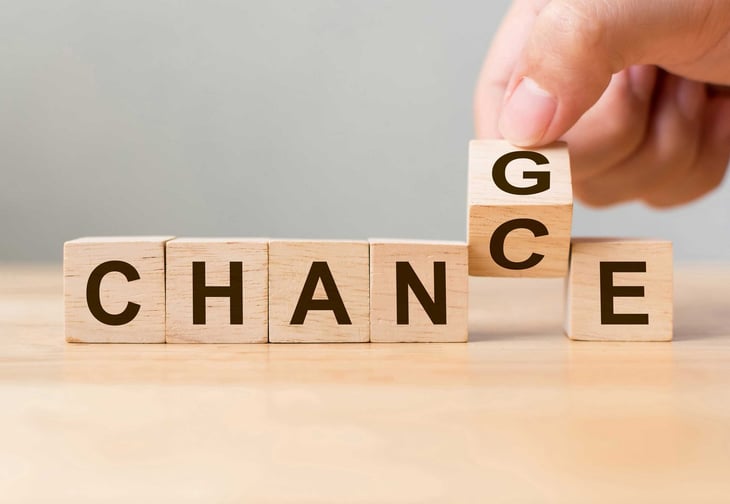 Through this experience I have come to believe that the need for change is the reason organizations require strong leadership to survive and thrive over the long term. Mediocre leadership may be sufficient to keep an established process going in a stable environment. Superior leadership is required to chart a new course in the face of uncertainty.

Many books have been written about leadership and change. One of my favorites is John Kotter’s classic, Leading Change. In his revised preface to the book in 2012 he observes that management is not leadership. “Management makes a system work. It helps you do what you know how to do. Leadership builds systems or transforms old ones. It takes you into territory that is new and less well known, or even completely unknown to you. This point has huge implications in an ever-faster-moving world.”

His 8 stage process of creating major change is still relevant, even though it was first introduced 23 years ago (about the same time I was being hired as PSL’s third CEO):

A big part of the success of this model is in the sequencing of the steps. Most of his book is dedicated to how these various steps interact and prepare the way for change to become the new normal.

For those of us in the trenches of delivering service every day, some of these ideas about change can seem a bit abstract. But for anyone who has lived through a change that was poorly executed, following Kotter’s approach appears much more practical.

Given the fact that change is inevitable and sorely needed to achieve a mission and survive in a competitive world, the question of timing comes to the forefront.

Business author Daniel Pink has written a book called When, The Scientific Secrets of Perfect Timing. In one part of the book, Pink reviews a study by Connie Gersick about groups of people working on projects of various types (banks, hospitals, information technology, and academics). 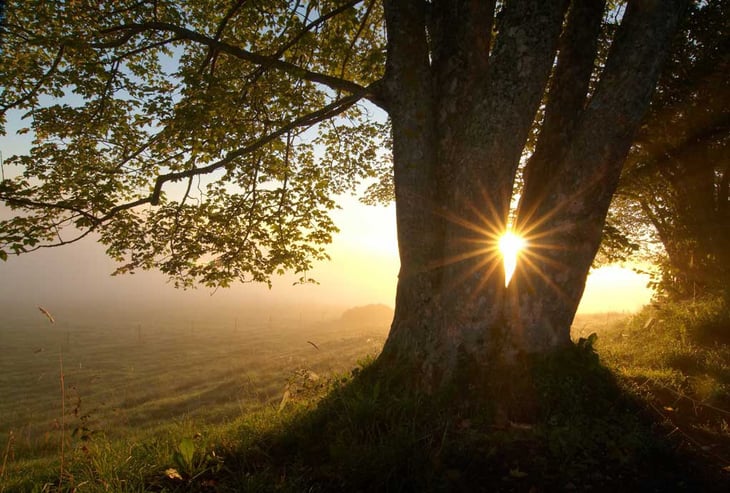 What Gersick discovered was that change was not a constant – it seems to happen in spurts. “In a concentrated burst of changes, groups dropped old patterns, reengaged with outside supervisors, adopted new perspectives to their work, and made dramatic progress.”

“They experienced extended periods of inertia interrupted by swift bursts of activity.” The idea of a constantly evolving change process is not the way it works in the real world. There are periods of intense change followed by periods of relative tranquility.

So what is the catalyst that can ignite a burst of change? My closest friends and colleagues know that one of my favorite sayings is that people and organizations are driven to change by inspiration or desperation.

Unfortunately, most occupy the deadly space in between and simply muddle through, waiting for a flash of inspiration or procrastinating until a point of desperation. Sometimes the combination of inspiration and desperation is required to make significant changes.

Pink connects this midpoint / burst of energy theory of change to a basketball story from 1982. The University of North Carolina trailed Georgetown University by one point at halftime in the title game of the NCAA championship. 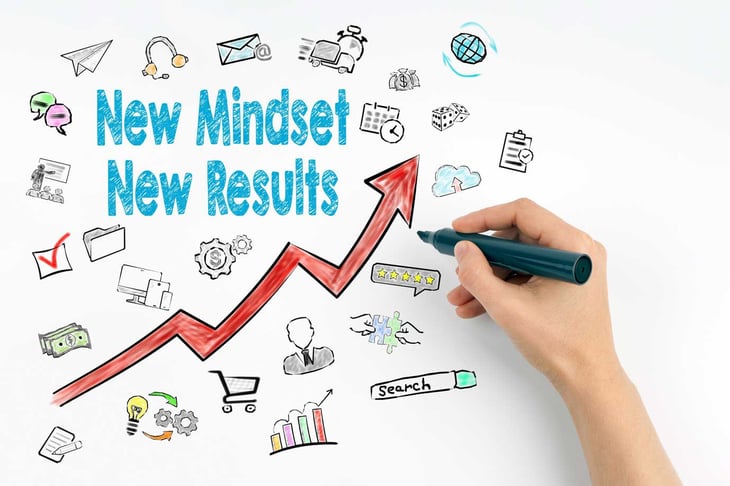 Georgetown was led by Patrick Ewing, the most physically imposing player in college basketball, who was a dominating defensive force. According to Pink, Dean Smith’s halftime speech included the following outlook to his players – “We are in great shape. I would rather be in our shoes than in theirs. We are exactly where we want to be.” UNC went on to win the national title by one point.

It appears that there was more to Dean Smith’s statement than pure optimism. A later study of more than 18,000 National Basketball Association games confirmed the accuracy of Smith’s impression. Teams behind by a single point at halftime were more likely to win than teams who were ahead by one point. Apparently realizing that you are a little behind and that time is growing short is a perfect combination of inspiration and desperation.

A time of transition and shortly thereafter is a midpoint that is ripe for creative change. The inspiration fueled by a new vision, the energy to tackle the challenges of the future, and the realization that staying the same is not an option combines to create a feeling that is a lot like being down by one point in a big game. Ultimately it is the mindset in a time of change can make all the difference in an organizations’ future. According to Pink, this mindset is shaped by three overarching thoughts:

All of these elements are present in the PSL board succession plan that was formulated several years ago, and is being implemented at this time.

Some of my thoughts on change are personal. I have been getting the question – what are you going to do in retirement? While I have had a number of thoughts about retirement in the past, the reality of approaching retirement places a new lens on the subject.

This is similar to the feeling I get when looking at a speeding car approaching from behind while driving on the turnpike. In small letters beneath the image is the reminder “Objects in the mirror may appear closer than they are.” The distance and pace of the car that is likely to pass you is important, but the main thing is to pay attention to the road ahead. The work goes on.

Finally, there are daily reminders that change is both serious business and part of a natural progression in life. Life (and change) is a combination of major issues and day to day events. This point occurred to me a couple of weeks ago when I received a food service complaint letter from an independent living resident that concluded with a congratulatory note on my retirement. The difference between a significant change and a normal life event is often just a matter of perspective.