Reflections on Leadership: Hope Revisited- The Case for Optimism

In May of 2016 I wrote a reflection on Leadership and Hope, and how leaders cultivate hope in themselves and those around them in their daily work. Hope is an essential ingredient in leadership, because hopeless people generally lack the energy and purpose to inspire others to move together in a positive direction. Since that time I have been thinking a lot about optimism, which the Oxford Dictionary defines as Hopefulness and confidence about the future or the success of something. 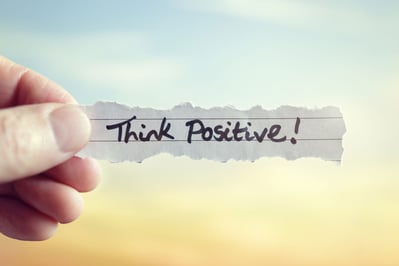 Optimism can be both hard to come by and life giving when it is present. My wife Rhonda and daughter Michelle are both cancer survivors (14 and 6 years respectively). In my daughter’s case, her treatment required a stem cell transplant. As any cancer survivor will tell you, there are many moments where maintaining sense of optimism is nearly impossible. Spending weeks in an isolation room is a particularly difficult challenge. In a situation like this, the confidence and optimism of the physician and hospital staff is critical to the healing process. One of the ways the hospital staff conveyed a sense of optimism to us was in the form of a graph on the wall that illustrated the path that would be followed in the days ahead. Daily blood work was compared to the graph, with white blood counts reaching zero and rebounding after the transplant. When we asked what would happen if the stem cells taken from my daughter’s body did not reproduce new white blood cells after the transfusion, the response was, “We see this every day. It will work as planned.” Looking back on the experience, those words of encouragement and faith in God enabled our family to get through a very difficult time.

It might just be my imagination, but it seems to be harder to maintain a sense of optimism these days. A number of my friends and acquaintances have remarked that they spend less time listening to the news because of the negative tone of nearly every news report.  The trend toward negativity is not just a liberal or conservative issue. Negativity and pessimism can be found everywhere, and its effects can be corrosive to the spirit.

That is why a recent book by noted author Greg Easterbrook caught my eye. Even the title was a breath of fresh air – It’s Better Than It Looks, Reasons for Optimism in an Age of Fear.

In the preface of the book he observes that while optimism has gone out of style, the facts do not support the doom and gloom of the general climate. Easterbrook does not ignore the problems of the day, but the evidence for optimism is compelling:

Easterbrook concludes that, “at every stage in the past, life spans were shorter, disease was more common, living standards were lower, discrimination and pollution were worse, and liberty more imperiled.” He spends the next 300 pages exploring each of these areas and how and why things have gotten better. 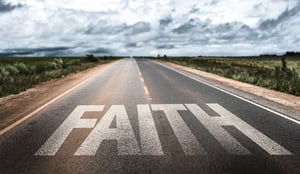 It seems that every dire prediction did not take into account the ability to adapt and change to meet the challenges of the future. New methods of producing food, extracting oil from the ground, innovative approaches to combatting disease, and the application of human ingenuity in addressing economic and social ills have conquered what were thought to be hopeless problems. While the work is never done, and new challenges continue to emerge, there is evidence (like the graph on my daughter’s hospital room wall) that supports an optimistic view of the future.

Optimism in leadership is an especially important virtue. Intel co-founder Robert Noyce once said that optimism is an “essential ingredient of innovation. How else can the individual welcome change over security, adventure over staying in safe places?” It would appear that change and optimism are closely intertwined. Conversely, hopelessness (in the form of pessimism or apathy) can extinguish every effort to change and improve. Leading change requires a healthy dose of optimism.

But like other important virtues, optimism can be harmful if taken too far. In his book, Thinking Fast and Slow, author Daniel Kahneman describes the result of unchecked optimism and overconfidence in making poor decisions. Many failures in life are the result of unrealistic assumptions. But in spite of all of these dangers, he concludes that there are great benefits to being optimistic: “When action is needed, optimism, even of the mildly delusional variety, may be a good thing.” In short, when faced with an important decision don’t let optimism cause you to ignore risks. But the call to action and implementing a decision requires a positive outlook in order to succeed.

Where does optimism come from? Some people are more inclined to optimism by their general nature or life experience. While these natural tendencies work for some people, it is my opinion that personality based optimism is not always durable in times of stress. This point of view is supported by what is called The Stockdale Paradox.

In the book Good to Great, Jim Collins recounts the story of Admiral Jim Stockdale, who was held captive for eight years during the Vietnam War. When asked how he survived this ordeal, Stockdale told Collins, “I never lost faith in the end of the story… I never doubted not only that I would get out, but also that I would prevail in the end and turn the experience into the defining event of my life, which, in retrospect, I would not trade.” 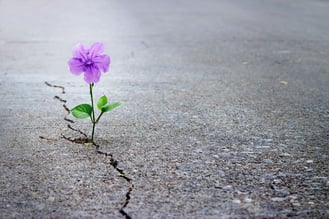 What makes this a paradox is that while Stockdale had remarkable faith in the unknowable, he noted that it was always the most optimistic of his prison mates who failed to make it out of there alive. Optimists were the ones who said, “We’re going to be out by Christmas. And Christmas would come, and Christmas would go. Then they’d say, ‘We’re going to be out by Easter.’ And Easter would come, and Easter would go. And then Thanksgiving, and then it would be Christmas again. And they died of a broken heart.” What the optimists failed to do was confront the reality of their situation. Based on this information, Jim Collins summarized the essence of the Stockdale Paradox:

You must retain faith that you will prevail in the end, regardless of the difficulties. AND at the same time…You must confront the most brutal facts of your current reality, whatever they might be.

From my perspective, faith based optimism is the foundation of the Stockdale paradox – the belief that there is a loving God that cares about each and every human being on earth and has a purpose for the world and the events that surround us. Faith based optimism transcends the feelings of the moment and looks beyond this world all the way to eternity. Followers of Jesus can identify with the words of Admiral Stockdale, “I never lost faith in the end of the story”.

We are all called to be optimistic in a world that is steeped in negativity. But this call is more than just about being a good leader. It is a call that can lead to a happier and more satisfying life.