Integrity is the cornerstone of all human relationships. Integrity is also the central ingredient in trust, honesty, credibility, self-control, courage, and a host of other virtues that we ascribe to great leaders. The absence of integrity is a fatal leadership weakness. But if integrity is such an essential element in human relationships and the behavior and attitudes of leaders, why does it seem to be lacking in so many situations in modern life?

Over 10 years ago Marianne Jennings wrote the book The Seven Signs of Ethical Collapse. As an attorney and a professor of business ethics, she describes the fall of Enron, Tyco, Health South, WorldCom, Adelphia, Sunbeam and many others, and the horrific behavior of their leadership that resulted in criminal prosecution and the loss of millions (sometimes billions) of dollars. She uses the terms pressure, fear, hubris, weakness, a false sense of goodness and unusual innovation as the tools unethical leaders use to wreak misery and destruction on those unsuspecting souls around them.

In the years since the book was published, the litany of ethical lapses has continued. The sorry state of ethical behavior is not limited to the executive suites of the largest business enterprises. It is found everywhere – including education, engineering, pharmacy, medicine, and sports.

What is Integrity and how can we recognize it when we see it? Webster defines integrity in 3 ways:

Most of us think of the first definition when we think of integrity, but incorruptible, unimpaired, and undivided is a pretty good description of the characteristics that most people would like to see in a leader.

From my perspective, the question of how a person can examine their own ethical tendencies is not that difficult. A person can measure their own integrity by answering a few simple questions:

When it comes to the practical application of integrity in the daily performance of our duties a number of other questions emerge: 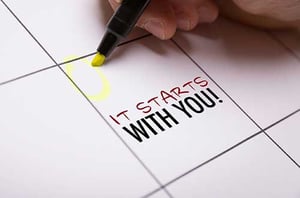 Often as leaders, the foundations of integrity begin with who we hire and how we discipline people. Starting with a person whose values demonstrate integrity is a must. In my experience as a leader, I have regretted every occasion when I have hired someone when I had lingering questions about their integrity.

Another frequent difficulty arises when someone of great talent and ability suffers a lapse of integrity that leads to their discharge from employment. In the termination process the question is often raised “Doesn’t my superior performance entitle me to a break?” Of course the answer is no. Admittedly it is easier to discharge a sluggard who lacks integrity, but talent cannot be a substitute for honesty.

Where does integrity come from – what is its source? Some people have suggested that there are universal principles of integrity that cross cultural boundaries. I am not knowledgeable enough to make that kind of sweeping generalization. I do know that integrity rarely survives without being anchored to something outside of human reasoning. This is because the human mind has an amazing ability to rationalize almost every kind of behavior.  Even in the above examples there were attempts to shift blame for terrible behavior. Cheating on test scores was understandable given pressure caused by the unrelenting focus on test results. Bypassing emissions testing standards was due to the pressure to meet consumer performance expectations and increase sales. Sexual abuse? How could college officials be certain that the complaints of impressionable young women were valid? The reason given for some of the most horrible crimes in history has been “I was just following orders”.

If we cannot trust ourselves or the shifting standards of society, the anchor for integrity must lie elsewhere. In faith based organizations like Presbyterian Senior Living, integrity comes from our Judeo-Christian roots. Jennings calls these “Virtue Standards… the application of absolute values”. The teachings of the Old and New Testaments clearly state standards of right and wrong behavior, and expectations of justice, mercy, and kindness that have been regarded as virtue standards for thousands of years. How is this approach different from human reasoning? Jennings puts it this way, “Rather than seeking a justification for a desired outcome, the decision maker determines the outcome by honoring values first, not the outcome.”

Finally, any discussion on integrity is tempered by the realization that we all fall short of perfection. However, when it comes to integrity, we are faced with a fairly simple choice – What kind of person do I want to be? Will I be able to respect myself if I lack integrity in my relationships with others?