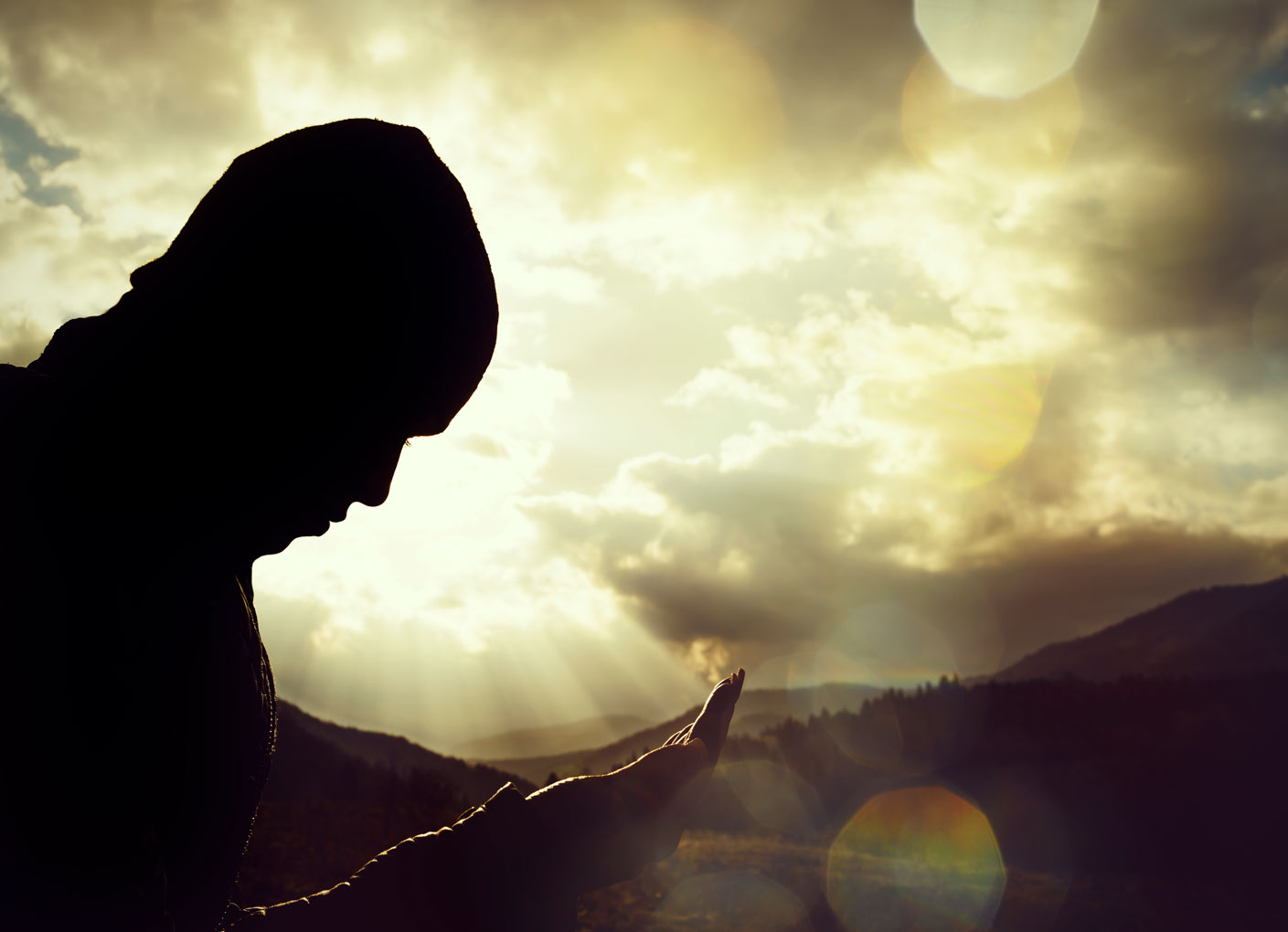 Reflections on Leadership: Search for Humility

Of all of the virtues associated with leadership, humility is the most underappreciated. Books are written about courageous leaders throughout history. Great intellect is cited as essential for visionary leadership in uncertain times. Honesty and integrity, both fundamental to effective leadership, take center stage whenever there is an ethical collapse in the corporate, religious, and governmental arenas. Creativity and innovation are both exciting leadership characteristics that are highly desired. Stories of compassionate and sensitive leaders warm our hearts.

But books on humility never appear on the best seller lists. I think the reason that humility is the one aspect of leadership that consistently flies below the radar is because it presents an interesting dilemma. How do you draw attention to the idea of humility in leadership without corrupting its very essence? Imagine being the publicist for an author who has written a book about humility. A recent article in the Wall Street Journal, by Sue Shellenbarger titled “Humble Bosses Make the Best Leaders” illustrates a similar contradiction. The very term “Boss” would not normally be found as the description of a humble person in a position of leadership. People who are referred to as “bossy” are not regarded as servant leaders.

But the concept of humility and leadership has been gaining traction in recent years. Shellenbarger describes humble leaders as having an awareness of personal weaknesses, appreciation of the strengths of others, and being focused on goals beyond self-interest. Specific benefits of humility in leadership in a business enterprise include lower turnover and absenteeism, improved teamwork and rapid learning. Humility in leadership seems to be accompanied by a cluster of other attributes like sincerity, modesty, fairness, truthfulness, and unpretentiousness.  With these benefits being identified, humility is now the subject of measurement and study. Some companies are even trying to instill humility in senior executives in a nine month long training program. I have to admit that I have a hard time imagining putting together the educational content that would turn arrogant executives into humble servant leaders.

In our leadership education at PSL we talk about the call of two trumpets. One is the inner life of a leader, and the other is something referred to as applied leadership. The inner life is who you are. Applied leadership is the outward behavior that others observe in your role as a leader. It is possible to behave in certain virtuous ways without actually internalizing the virtue. However, following this path has a certain risk. Given the normal pressures of lack of time and resources the inner values will always shine through and expose the underlying character. Once a leader is exposed as inauthentic, it is difficult to resume a trusting relationship with those on your team. This situation may sound pretty complicated, but in reality is fairly simple. There are no shortcuts. If you want to be a better leader, become a better person. 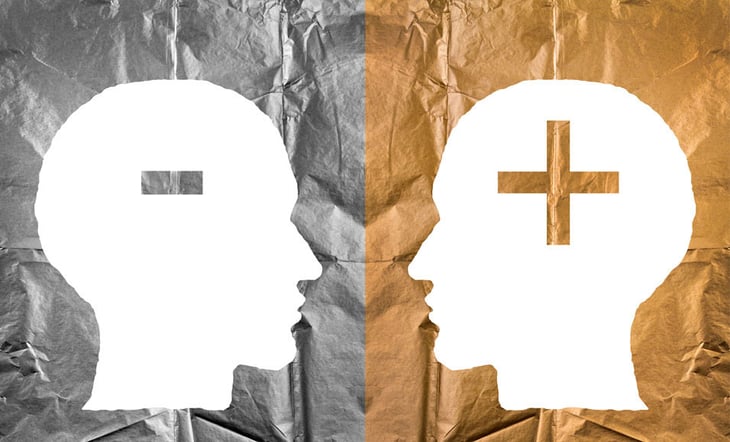 Humility and great leadership is actually a pretty old idea. In the twelfth chapter of the Old Testament book of Numbers, Moses is described as “a very humble man, more humble than any other person on the face of the earth.” Where did this genuine humility come from? Three verses after being described as the most humble man on earth, these words are recorded as coming directly from God “When there is a prophet among you, I, the LORD, reveal myself to them in visions, I speak to them in dreams. But this is not true of my servant Moses; he is faithful in all my house. With him I speak face to face, clearly and not in riddles; he sees the form of the LORD.”

This does not imply that Moses was perfect. To the contrary, Moses’ life was marked by a number of serious shortcomings. Overcome by anger, he killed a man and had to flee Egypt. He stubbornly resisted the call to serve, even when confronted by the voice of God in a burning bush. His impatience with his followers resulted in a disobedient act that prevented his entry into the promised land. Looking at the story of Moses life, it seems to me that Moses’ humility was rooted in knowing God face to face. His imperfections became crystal clear through his relationship with a holy God. While no one I have ever known can lay claim to being anything like Moses, there is something in the Old Testament account that we can apply to our search for humility. True humility of character is a deeply spiritual experience.

There are benefits of humility that extend beyond the desire to become a better leader. Jesus’ life and teachings were a study in humility. The most striking illustration in Jesus’ teaching is the parable of the Pharisee and Tax Collector in Luke chapter 18. Both men enter the temple to pray at about the same time. The Pharisee’s prayer was entirely self-congratulatory, listing his virtues and arrogantly pointing out his righteousness compared to the tax collector. By contrast, the tax collector was contrite, and humbly begged for forgiveness. The parable concludes with a pronouncement from Jesus.
“I tell you this sinner, not the Pharisee returned home justified before God. For those who exalt themselves will be humbled, and those who humble themselves will be exalted.” The message is clear and rather unsettling. Humility is a precursor to receiving God’s forgiveness.

For many people of faith, there is another strong connection between humility and forgiveness. The understanding that in spite of our unworthiness and imperfections we have been forgiven by a holy and loving God. This becomes the foundation for seeing the world through the eyes of humility. How can we think of ourselves as being superior to anyone else in life when we have been the recipient of such a precious and undeserved gift?

Humility may be the most elusive of all virtues. Pride, arrogance, and feelings of entitlement, are constantly nipping at our heels. Our own sense of self-worth can be mistakenly tied to feeling superior to others to whom we favorably compare ourselves. The truth is that anyone who claims to have mastered the art of being humble is already losing the battle. C.S. Lewis observed in his classic book Screwtape Letters, “All virtues are less formidable… once the man is aware that he has them, but this is especially true of humility.”

Finally, the message of humility should be foremost in our thoughts during the Christmas season. The main characters in the Christmas story (Mary and Joseph) display the virtues of humility and obedience. The hardship of forced travel and the images of poverty and homelessness intertwined with the travail of childbirth and a baby laid in a manger are a most humble beginning to the Gospel accounts. Jesus teaching on personal humility is found in the 22nd Chapter of the book of Luke. “For who is greater, the one who is at the table or the one who serves? Is it not the one who is at the table? But I am among you as one who serves.” 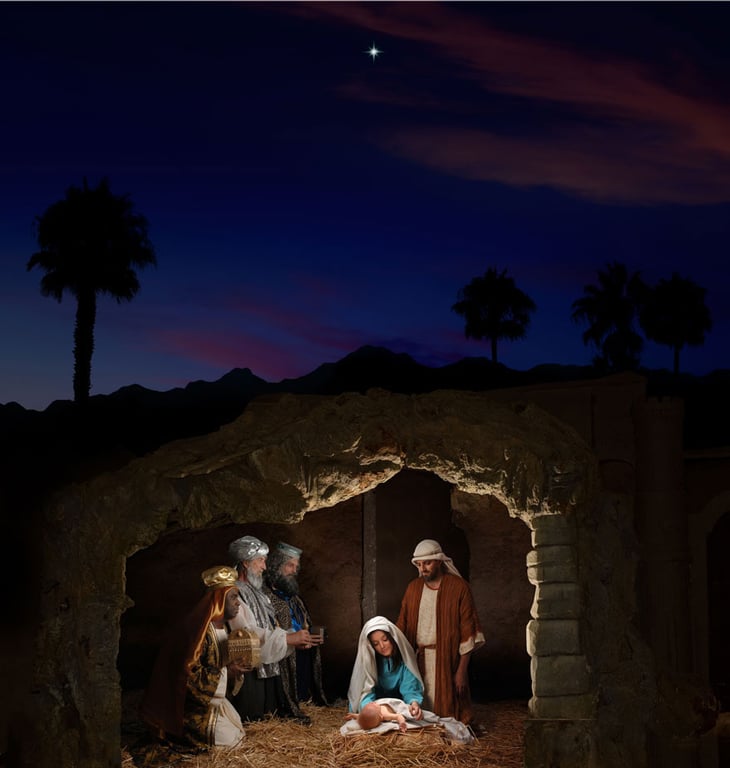 The end of Jesus’ life was even more humble than his birth – exposed and crucified on a cross, mocked with a crown of thorns. If we claim to be “guided by the life and teachings of Jesus” we must embrace the concept of humility and make it a part of our inner life and outward behavior.