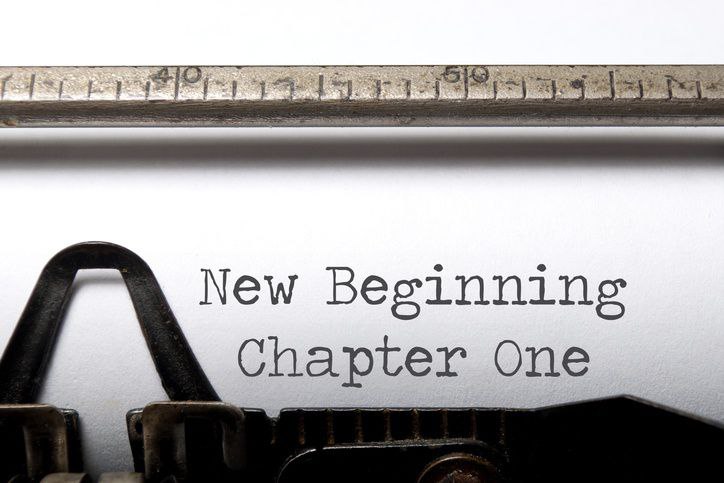 At the end of the year, every business enterprise is faced with the challenge of closing its books. The normal process of getting the invoices from vendors into the accounting system is extended, and areas where expenses are incurred but not yet accounted for require accurate estimates and accruals. It is important that this process is done well, because the beginning of a new period of fiscal measurement requires a fresh start. Failure to begin with a clean slate will mean that in the next year a lot of precious time will be wasted on looking backward to explain variances caused by expenses incurred in an earlier time period when the focus and measurement of progress should be based on current activity. Holding on to leftover baggage from the past can distort the present and cripple the best intentions to move ahead.

There is an important life lesson to be learned from this business reality. The New Year is a great time to leave the past behind and start fresh. This approach extends beyond the idea of New Year’s resolutions to lose weight, exercise more, lead a more disciplined life, and pay more attention to the needs of family and friends. The idea of a fresh start has a strong emotional component as well. I believe that two of the most liberating New Year’s resolutions involve forgiving others and shedding the burden of regret. 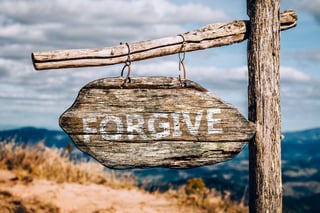 One of the most extraordinary stories of the intersection of forgiveness and regret is illustrated in the New York Times best seller, Picking Cotton, Our memoir of Injustice and Redemption. It is the true story of two individuals - Jennifer Thompson and Ronald Cotton. Their story begins in 1984.

Jennifer Thompson was a 22-year-old white student at Elon College in North Carolina. One night someone broke into her apartment while she slept and raped her at knifepoint. It was a prolonged ordeal, and the face of her attacker was burned into her memory. She escaped and eventually was able to identify Ronald Cotton as her attacker, both from a photo and picking him out of a lineup of 7 men.

Ron was a local man in his early 20’s with a limited education, working at a local food service establishment. He was African American, and had a juvenile history that made him a logical suspect. He closely resembled the composite sketch that was circulated by police based on Jennifer’s recollection. In the initial interview several days after the attack, Ron was confused about where he was on the night in question, so the alibi provided by the family later was discounted. A piece of foam rubber from the crime scene was consistent with the tennis shoes that Ron was wearing.

It was discovered that another middle-aged woman in the same community was also raped on the same night. She could not initially identify the face of her attacker, but she could provide a general description that matched Ron’s profile. The circumstances were so similar that it was believed that both attacks had been perpetrated by the same individual.

While there was no physical evidence to prove that Ron was at either of the crime scenes, he was convicted of both crimes, based largely on Jennifer’s eyewitness testimony. She was absolutely certain that Ron was the one. Jennifer appeared in court every day to make sure that her attacker was brought to justice. The police and prosecutors were convinced that Ron was the criminal they were looking for and did not believe Ron when he insisted that he was innocent. He was sentenced to two life terms in prison plus 54 years.

Jennifer eventually got married, had triplets, and her life regained some semblance of balance. But she could never forgive Ron for what he had done to her. Eleven years later, with the advent of DNA testing, it was discovered that someone else had committed the crimes. The other individual (who closely resembled Ron, but was several inches shorter) confessed, and Ron was a free man.

Everything was turned upside down. Jennifer, who could not forgive Ron for the horrible crime that he had committed against her, now had to face the reality that her misidentification had caused someone to be wrongly incarcerated for 11 years. Overwhelmed with guilt and regret, she became the one in need of forgiveness. Eventually they met in what could only be described as an emotional reunion. Ron’s words to Jennifer were comforting. “I forgive you. I’m not angry at you… All I want is for us all to go on and have a happy life.”

These were Jennifer’s words after the meeting:

“I don’t think that until I stood week-kneed in front of Ron that I had any idea of what forgiveness was, or how powerful it could be. Ron gave me…the gift of forgiveness – not because I deserved it, but because that is what grace is about. Forgiveness is tricky. People think that when you forgive someone that you excuse what he (or she) did. That is not what it is. It is about power and letting go.”

Rereading the story again, I was struck by what a heroic figure Ron Cotton was – a person unfettered by the bonds of bitterness and regret. His ability to forgive his accuser enabled Jennifer to let go of the guilt and regret that could have destroyed her life.

How does shedding the dual burdens of an unforgiving spirit and regret relate to leadership?

First of all, constantly reminding others on your team of previous mistakes can cause them to live in the past and keep them focused on regret instead of moving ahead. Once you have learned all you can from an unsuccessful situation, exercise your power to let it go. Failure to forgive can only damage relationships undermine trust, and depress morale.

Secondly, learning from past decisions that did not work out well is essential. Those who ignore the lessons of the past are condemned to relive them. But being preoccupied with failure and wallowing in regret can diminish a leader’s effectiveness by making future decisions slower and more tentative. Such behavior is, by its very nature, unsafe. Just imagine yourself riding in a car where the driver is completely focused on the rear-view mirror. When faced with other speeding vehicles and road hazards, this pattern of behavior is an accident just waiting to happen.

Ultimately the freedom from the burden of regret and bitterness requires both giving and accepting forgiveness. Forgive others, forgive yourself, and move on.

The only way I can make sense of the connection between forgiving others and being forgiven is through the realization that every human being is imperfect. We are all fallen people forgiven by the grace of God. The Apostle Paul describes it this way in the book of Romans, chapter 3 – “For everyone has sinned; we all fall short of God’s glorious standard. Yet God, with undeserved kindness, declares that we are righteous. He did this through Christ Jesus when he freed us from the penalty of our sins”. Paul continues in the book of Colossians, chapter 3 “Make allowance for each other’s faults, and forgive anyone who offends you. Remember, the Lord forgave you, so you must forgive others (NLT).”

Our baggage in life may extend well beyond forgiveness and regret. In his book Traveling Light, Releasing the Burdens You Were Never Intended to Bear, Max Lucado asks the question, “Have you been known to pick up a few bags?” He identifies guilt, discontent, anxiety, grief, perfectionism, loneliness, and fear as heavy burdens that we all carry. 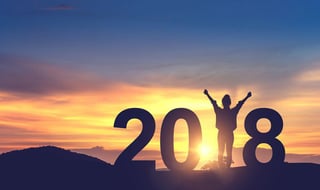 So, this is the choice for each of us in the New Year. Will we continue to carry the baggage of years gone by, or will we be traveling light? I know what my old accounting professor would say. Close the books and start the New Year with a clean balance sheet.