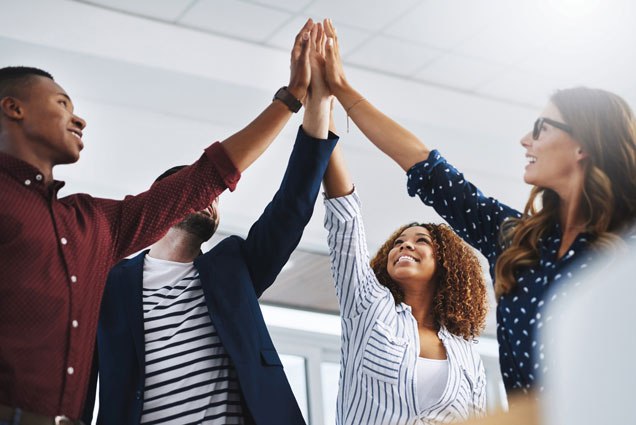 Reflections on Leadership: Teams and Teamwork

This year our family vacation took us to the Olympic National Park, an amazingly scenic place in the extreme upper northwest corner of Washington State. In addition to being an absolutely stunning place to visit, I was curious to see the town of Sequim, near Port Angeles, the birthplace of Olympic Rower Joe Rantz, the main character in classic Daniel James Brown book The Boys in the Boat (which was also the subject of a PBS special). An inspiring true story, sometimes referred to as “Chariots of Fire with oars”, it chronicles the 1936 U.S. men’s Olympic eight-oar rowing team.

This group of working class sons of loggers, shipyard workers, and farmers from the University of Washington emerged from the hardships of the depression to beat the teams of elite eastern universities, the sons of British aristocrats of Oxford and Cambridge, and in the final race in Berlin, the athletes of Nazi Germany in the presence of Adolf Hitler. Aside from the heartwarming story of the value of hard work, grit, and determination, it is at its core, a story of the creation of a team in a sport that requires absolute precision.

The value of teamwork and the role of the leader in creating and nurturing an effective team have received a lot of attention in recent years. Books like Collins Good to Great have focused on “Getting the right people on the bus”. Other authors (Team of Teams and One Mission) have focused on getting teams to cooperate with each other.

Doris Kerns Goodwin’s classic Team of Rivals chronicles Lincoln’s ability to forge a team from a group of highly competitive individuals with differing viewpoints who were not naturally inclined to be cooperative. In the sports world, scores of books are written about how winning teams are created and sustained. It seems that everyone has something to say about teams.

At one end of the spectrum is a golf team or a track and field team – where individuals compete and scores are tallied at the end of the match. Team members can encourage each other, but they are (for the most part) equal to the sum of their parts.

Hockey teams may occupy the other end of the spectrum. Each team consists of 20 team members, with six being on the ice at any given time – 5 skaters and a goalie. The five skating players (referred to as a line) rotate on and off the ice in constant motion - shifts that last an average of about 45 seconds. Each line could be considered a separate team with different skill sets, but their success is measured by the score achieved by the entire roster.

The extremes of the sports environment are not unlike the rest of the world. The work of a sales organization may bear a resemblance to a golf team, while information technology or some types of health care delivery may feel closer to hockey. The point is that the team ingredients that are critical to success can vary greatly based on the nature of the tasks to be accomplished. In the process of examining the teamwork requirements, it is helpful to ask a number of questions:

Once these answers are known, how can a leader’s work contribute to a creating and sustaining a high performing team?

Who we chose to be on our team may be the most critical decision we make as leaders. If we get that fundamental task wrong, there is little else that can compensate to deliver a successful result. Jim Collins uses the image of “getting the right people on the bus” to illustrate the importance of selecting the right team members. He also talks about getting people in the right seats. So how do we decide who gets on our team? Typically there are three things that are the focus of an employment interview:

However, we all know that this is not enough. We have all selected people to fill positions that looked like a great hire when we used the above questions, only to discover later that they were not the right person for the job. There are other considerations that are harder to evaluate:

Model the behavior you expect from your team. There are a few simple questions that help to measure your success in this area:

Establish clear goals – Everyone needs to know where they are headed and how the team is going to get there in order to contribute to the overall effectiveness of the team.

Provide Feedback and set boundaries – While most leaders are adept at finding areas that require improvement, positive feedback when the team is on the right track is as important as correction.

Identify and reward team results – Individual rewards result in individual thinking. Team rewards will change the focus to the success of the team.

The message of The Boys in the Boat is that creating a team can be a difficult and sometimes frustrating experience, and the pride of achieving success is directly connected to the effort required to overcome great obstacles. In the end, leading or being a member of a successful team can be intensely satisfying, and can create a bond between team members that is unlike any other.