Reflections on Leadership: Under Observation

In my youth it was not uncommon for me to do something a few blocks from my home (like riding my bicycle in traffic) only to discover that someone had called my mom to report my misbehavior in a matter of minutes.

Whenever I would ask her where she heard such an outlandish report, she would reply “A little bird told me.” I suspected that one of my sisters was an occasional “little bird”, but my Mom seemed to have a network of spies who were everywhere. This experience was common in a time of close knit communities where everyone knew each other and a shared parenting responsibility for children in the neighborhood was expected.

The idea that you could always be seen by someone who knew you has been reinforced from time to time throughout my life. On a street in Copenhagen or an airport in South Africa, I have run into people I knew. well.

In those times I heard the voice of my Mom “No matter where you are always behave as if someone you know is watching.” This was usually combined with the clean underwear advice - in case you are in an accident, you do not want the emergency personnel at the hospital to have a bad impression of you.

One of my favorite television programs from 2011 to 2016 was called “Person of Interest”. The story line involved a reclusive millionaire computer programmer who develops a machine that is able to observe human behavior by collecting information and using existing cameras embedded in computers, smart phones, and surveillance devices.

This information was used to predict when crime is likely to occur so that steps could be taken to intervene. It combined a crime fighting theme with a science fiction overlay of artificial intelligence and the ethics of a “Big Brother” that is always watching. The introduction to every episode was the chilling phrase “You’re being watched”. If you were inclined to the slightest bit of paranoia, it was a disturbing thought.

I am drawn to thinking about this program on a fairly regular basis through events on the news. Real and alleged crimes are now verified or proven to be false through technology that tracks movement through traffic cameras and at commercial establishments like gas stations to identify where people are at various times and observe who they are with and what they are doing at the time. While not anything as comprehensive or coordinated as the “Person of Interest” theme, it is a stark reminder that we are in a different age, where whatever we do may be observed by outside sources.

Against this backdrop, it is clear to me that leadership at all levels has always been under a microscope. The powerful impact of behavior is illustrated in a quote that is attributed to St. Augustine - “Preach the Gospel at all times, if necessary use words.” This has been misinterpreted as suggesting that words are unnecessary, but that is not the point.

Words are the primary means of communication between individuals from all walks of life. What is absolutely true is that the impact of a leader’s spoken message is dependent on the behavior that precedes and surrounds it. Inconsistency between message and behavior is the Achilles heel of leadership. How a leader behaves when under stress is the witness that confirms or contradicts the testimony of a leader’s words.

What is a bit different today is that leaders are not just under the microscope – they are also constantly observed through a wide angle lens. Nearly everyone we come in contact with today has a phone that has the capacity to take photographs and video.

Sometimes the video content is discovered later to have been manipulated to reach an incorrect conclusion, but the widespread ability to record and instantly distribute information is a relatively new development in human history.

Social media provides a platform to self-disclose or forward information that can be sent around the world and retained permanently for future review by future generations. I think of every e-mail or social media post as being like a tattoo – nearly permanent and painful to completely erase. 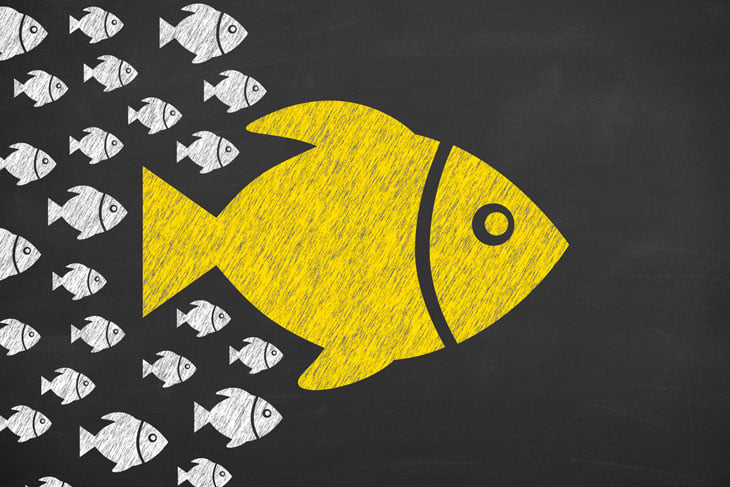 In this wide open environment, less is more. The quote “It is better to remain silent at the risk of being thought a fool than to speak and remove all doubt” still applies today, especially if updated to “tweet and remove all doubt.” Many leaders have suffered the consequences of the self-inflicted wound – saying something that should never have been said at a time when silence was the wise course of action.

So what are the lessons for leadership in an increasingly transparent world? For me it boils down to three things I learned from my Mom at an early age:

Being under observation is a reality of leadership. The best way to be successful when under both the microscope and wide angle lens is to act with integrity at all times. In the words of the great theologian and scholar C.S Lewis - “Integrity is the doing the right thing even when no one is watching.”