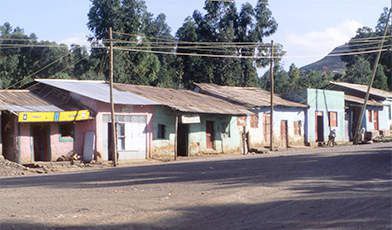 5 Virtues and an Antidote: The Power of Thankfulness

In the past few years I have had the opportunity to visit Central America and Africa to witness first hand the hardship and desperation that people in other parts of the world endure as a part of their daily lives. This is more than seeing the aftermath of a natural disaster, like an earthquake or flood. It is an ongoing reality for millions of people in the world.

Discover the difference between For-Profit and Non-Profit Senior Living

Others who have shared this experience, have expressed that seeing such conditions changes their perspective – often calling it a life changing event. Visiting a third world country is a reminder of how richly we have been blessed to live and work in this country. While poverty and hunger exist in the United States, the magnitude and gravity of these problems are more clearly understood when visiting a nation where poverty is the norm.

This is not just an anecdotal observation. The facts are even more compelling. In his book, A Hole in Our Gospel, Richard Sterns, the CEO of World Vision, quotes the following statistics that illustrate our blessed situation as Americans:

In addition to these economic measurements, we are blessed to live in a place of extraordinary freedom – where our government assures us that the rule of law prevails, and where there is opportunity to succeed based on hard work and initiative. Many of the stories of extreme political corruption and brutality of dictatorships is beyond our comprehension. If relative position in the world is an inspiration for thankfulness, we should be the happiest and most thankful people on the planet. Unfortunately many of us need an occasional reminder to keep things in perspective.

It is hard to overstate the importance of thankfulness. I agree with the observation of the Roman philosopher Cicero who stated that “A thankful heart is not only the greatest virtue, but the parent of all other virtues.” A few of the reasons I believe this to be true include:

If being optimistic, compassionate, empathetic, generous, and appreciative of others are virtues, then Cisero may be right. In addition to being the source of other virtues, thankfulness is also the antidote to many of life’s negative impulses.

In the daily grind of life’s trials, thankfulness does not always come easy. When we experience those moments, what should we do to rekindle a thankful spirit? A good first step is to recognize that every one of life’s blessings comes from God, and as human beings we are all undeserving recipients of His grace. Secondly, there is much we can learn from the example of others who demonstrate a thankful spirit, even in the most difficult circumstances.

In his book, Traveling Light, Max Lucado tells the story of a short-term missionary on the island of Tobago who learned this lesson in a most unlikely place.

On the final day of his trip, he was leading worship in a leper colony. He asked if anyone had a favorite song. When he did, a woman turned around, and he saw the most disfigured face he had ever seen. She had no ears and no nose. Her lips were gone. But she raised a fingerless hand and asked, “Could we sing Count Your Many Blessings?”

The missionary started the song, but couldn’t finish. Someone later commented, “I suppose you will never be able to sing that song again.” He answered, “No, I’ll sing it again - just never in the same way.”

In my work with Presbyterian Senior Living over the past 40+ years I have witnessed the same extraordinary spirit in the seniors we have been called to serve as they have experienced the illness and disability that sometimes accompanies advancing age. I have also been thankful for and inspired by the compassion and kindness that is exhibited daily by the nearly 3000 staff members who are my colleagues in this important ministry. They are a clear witness to the hands of God working in the world today.

My prayer for everyone reading this message is that you will experience the deep, soul satisfying joy of a thankful heart.